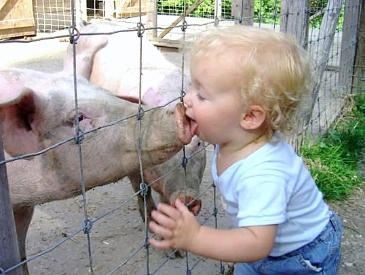 Potential Societal collapse – In order or urgency depending of course on your location (do you agree with the list?)

This article has been highly criticized for down playing the threat of ”climate change”.
This text does not deny the immense implications climate change will have in the future, or the obligation to do something about it now – this list only want to suggest, that on a personal level, for you that are reading this now – there are other challenges that will affect your life in a radical way, long before the real impact of climate change ”hit”. You may want to ”save the world”, but you are no good for the world unless you save yourself primarily.
Open your mind to the possibility that other things than climate change may crash down on you long before, and create a societal collapse right where you live. As you see on the summary from Stockholm resilience center (picture below), climate change is marked #4 in urgency.

Potential Societal collapse – In order or urgency depending of course on your location (do you agree with the list?)﻿

Our economic system is not designed to be sustainable. It has collapse designed into it. An inflated amount of money based on loans and interest rates will lead to a collapse with hyperinflation.

Since the world economies are interlinked (banks and trade for instance) it will affect anyone that uses money. In a bad case, trade will be affected and we will be caught in a long deep recession leading to huge unemployment and lack of products.

Since our society is complex as never before and very specialized a global recession may threaten welfare and standard of living and the states ability to maintain vital functions.

The only sustainable and renewable energy is photosynthesis, restricted burning of firewood, or turning your face towards the sun and get warm.

There is nothing sustainable in wind and solar energy – they demand lots of material and energy that can never be recycled. Full recycling does not work. The amount of solar/wind needed to replace fossils is unrealistic. Either we burn all of fossils a few generations more and face severe climate change, or we face a society that has far less energy available. This last case will cause our industrial welfare society to collapse.

In times of unrest and lack of resources people start fighting. If resources are unjustly displayed violence will erupt or totalitarian regimes will have to hold people down. Criminality will increase. Too many young men without meaningful activities is always problem.

In times of unrest and lack of resources, nations turn to protectionism. Rich countries will block migration from poor countries. Totalitarian regimes will come to power with nationalistic agendas.

Federations will fall apart, new ones be formed. Unholy alliances. Ethnic cleansing and wars are not impossible.

The fight for resources will continue and increase and population increase will drive this.

Strategic territories will be annexed by bigger empires. The worlds armies run on oil, the one with the most oil will dominate. Nobody will diminish their armies.

As life expectancy keeps increasing more and more people will be old age and not contributing with work, but still need care and resources. And if resources gets scarce and/or lack of energy will be an issue, and/or economy collapses for longer or shorter time – there is trouble ahead.

Food production is dependent on topsoil (which is constantly lost). Food production demands healthy soil where phosphor is a key part. Phosphor is lost and has to be added from mines that will sooner or later run out (50 years some has predicted).

Fresh water is lost due to climate change and modern agriculture methods and this will seriously threaten our food production.

Draught will diminish harvest and even though not an issue now… it may well be, if the trend continues.

New chemicals, not natural to biological life has during the last generations entered the ecosystems and now our bodies are full of chemicals that are not natural or healthy. It may well escalate and one effect can be humans becoming sterile.

Life expectancy may decrease, specially if energy can not maintain a high tech society (hospital systems)

Raising sea levels will not kill you. Not even your grandchildren. Some people and cities may have to move. Some farmland will be lost, but it is not the end of civilization.

Desertification is an issue that will destroy farmland, but so far we have more than enough food production to feed the world and increasing populations (we just have to solve waste and distribution).

Weather catastrophes will not kill humanity or civilization.

Overpopulation will lead to a peak within a few generations and the most likely decline due to lack of resources.

Climate change is something that is caused now and that will have its MAJOR effect far into the future. It has very little to do with your survival.

But… in the end increasing average temperatures will kill reefs and ecosystems in the sea, create fire and storms that will kill people, and species will die out, and the ecosystems that feed us, and the food production systems will collapse and there may be major nasty reduction of human population that may most likely threaten industrial civilization and welfare and average life expectancy will decline. But humanity will most likely survive. But those that dies after a short miserable life does not really care about the survival of humanity.

But for you personally, the threats above climate change are more pressing to deal with.

10. PANDEMIC – incl ANTIBIOTICS RESISTENT BACTERIA may well threaten big portions of humanity, especially if it is used in weapons.

11. AI – artificial intelligence, may solve many of civilizations problems – but may well be used as a weapon in-between nations.

…may solve many of civilizations problems – but may well be used as weapons in-between nations.

What if 3-4 of the things on this list is combined?

The collapsology movement can be accused of alarmism and an unrealistic negative outlook on a civilization that lately has done so many advances. Progressive technical evolution has lead to higher standard of material living and increased life expectancy for most of the population. Most of these advances are based on energy from fossil fuel and the key issue is – can we replace this energy source with something that is as easy to handle and efficient. And even if same levels of energy can be upheld (and even an increase covering the third worlds increased needs and an increase in population), even then, our way of living and use of resources may destroy the ecosystems and our own food web.

Even if humanity and civilization survives the post oil era. It can not be seen as a success if a majority of humans lives a miserable life and dies at younger age. The individual human does not really see their life ambition as a support to a group of elite, or be the base for unknown future generations.