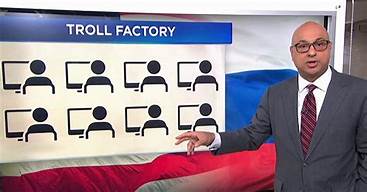 Lately about 100+ Russian trolls have signed up to this blog.
Probably in the hope that a blog flirting with the name ”Collapse”… must be great to support in order to destabilize Sweden, now that Sweden OFFICIALLY wants to join Nato.

Enforcing the concept that there is a limit to growth and applying that to human civilization and our society today may lead you to the conviction that there may be a change in the way society function – or with another word a ”collapse” of they way we live, and the way we use resources. And in that process there may be situations where humans may not be nice to each other.

Collapse and its bi-effects (war) may in the individual induce some sorrow, or panic, or apathy. Even hedonism and nihilism.

If that happens in ”the west”, in Sweden – that would be great for Russian imperialisms.
Thus there is some Russians working in a place in ST. Petersburg (55 Savushkina Street), called the Internet Research Agency or what we would call (one of) the Russian Troll factory. What is flattering is that some person there has identified this micro blogg that creates close to zero interest in the Swedish audience, is worth their time to encourage us to keep writing by registering up to a hundred registered members to this blogg – so that we believe that someone is actually reading.

And now that I have your attention dear troll let me take the opportunity to say: